The World at Large

This is a wide-ranging web site about the art being created by artists affiliated with Mudpuppy Studios including: 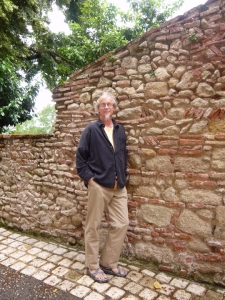 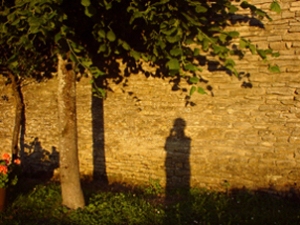 Peter was accorded the title of Arkansas Living Treasure, 2010. His clay work is noted for his very thin throwing & amazing glazes. He teaches pottery classes for adults and children in his studio. Peter is a member of the “Arkansas Craft Guild” and is Secretary of the new “Fort Smith Regional Art Museum.”

He plays guitar & mandolin as well as other stringed instruments. His singing is perhaps his greatest musical strength with a rich & versatile vocal timbre; he has returned to the song writing he began as a young man, now creating new music reflective of the experiences of maturity. He is recording a CD of his original songs. He has made a video of one of the songs available on U-tube. http://www.youtube.com/watch?v=koHyjr6huMA.

His top hit Contra Dance tune “Snake River Reel” has been recorded by numerous groups on u-tube including:

Marget has created sculptural assemblages for most of her life both as child and as adult. She works with assemblages of unlike objects of popular culture in order to build a new object of some meaning. Most of her work relies upon mythic elements in our western heritage. They are frequently related to women. She is associated with “American Women In The Arts” & has been invited to exhibit at the “Arkansas Sculptural Invitational”. She has exhibited at Subiaco Art Gallery, Center for Art and Education, Fort Smith Art Center, Fort Smith Public Library. Her work is in private collections in the US and France. She also has developed a distinct line of greeting cards based upon images of France.

Her altered photographs reflect her deep passion for the ancient stone surrounding her in Southwest France and Northern Spain. She is searching for the dynamic image. She has twice traveled the pilgrimage routes to Santiago Compostella in Galicia, Spain. She has also guided friends on the route in Spain. She has studied extensively the paleolithic Caves in the Vézér Valley and was given permission to enter the original Lascaux based upon her research in this area.

Marget & Peter have begun the restoration of a home in Southwest, France dating from the 1400’s which is a part of the castle wall dating from 1255. It is a “listed” building so they have had to comply with stringent rules regarding its restoration.

Together they have guided more than 200 visitors through the paleolithic caves in the Dordogne and the medieval patrimony of Acquitaine and Languedoc.

Peter & Marget have a private art gallery located on their property.

Adam has worked for the Pottery for ten years as a pottery & personal assistant. He is a photographer with a quirky eye, writer, restaurant critic, & university student.

One thought on “About Mudpuppy Studios”